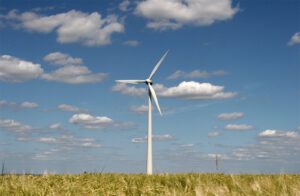 Canada is one of the world’s biggest green energy producers and in some provinces, close to 95 percent of electricity is generated from renewable sources such as hydro and solar power. In fact, reports show that Canada is the second biggest hydro power producer. However, the use of fossil fuels is expected to reach record levels by 2019, which is a worrisome trend to watch. In light of this, it is important to improve energy efficiency and develop and implement new green energy technologies.

Canada generates about 60 to 66 percent of its electricity from renewable sources, including hydro power. Only countries such as Denmark, Austria, Brazil, New Zealand, and Australia produce more or similar amounts. Provinces and territories such as Quebec, Yukon, Newfoundland and Labrador, British Columba, and Manitoba use hydro power to meet about 90 percent of their electricity demands. Other sources of electricity include bioenergy, wind power, and solar power. Hydro power is the main source of electricity in Manitoba, British Columbia, Quebec, and other provinces. The two main sources of electricity in Manitoba are hydro and wind power. The main source of electricity in Nunavut is diesel fuel. Ontario relies on renewable sources such as biomass energy and solar and wind power. In Saskatchewan, however, coal is the main energy source while Alberta relies on natural gas and oil. Alberta produces more than 57 percent of greenhouse gas emissions in Canada while Saskatchewan generates more than 18 percent of emissions.

In Canada, green industries focus on green waste, eco-friendly technologies, green products and fuels, sustainable agriculture, and more. The list of producers is long and includes names such as Husky Energy Inc., Grienfield Global Inc., Consolidated Biofuels Ltd, Atlantic Biodisel, and the Atlantic Bioenergy Corporation, to name a few. Major producers of green energy include companies such as Clean Current Power Systems, Pond Technologies, Shark Energy Systems, and others. Pond Technologies, for example, uses an algae growing platform and produces biochemicals, bio lubricants, algae jet fuel, and biodiesel. Biochemicals, for example, can be used for glues, paints, and plastics while bio lubricants are used in different industries, including forestry, gas drilling, and others. Shark Energy Systems uses wastewater to generate thermal energy which can be used for air conditioning and heating. This helps reduce energy costs for end customers and greenhouse gas emissions. The company takes pride in using thermo-mechanical technology which is cost effective and efficient. Clean Current Power Systems Incorporated started the first free-stream tidal power project in Canada. Based in the BC Ecological Reserve, the facility is used to generate electricity from tidal stream power.

This is a difficult question but it is clear that all territories and provinces must make a contribution for this to happen. It is important to develop a long-term strategy to gradually replace fossil fuels with renewable resources and to minimize energy use at the same time. Financing the right projects and developments is the key to freeing Canada from fossil fuels. This involves things like building transit infrastructure to help minimize fossil fuel use. Investing in wind and solar energy projects is also essential. Finally, it is important to educate the general public and raise awareness of climate change and pollution. 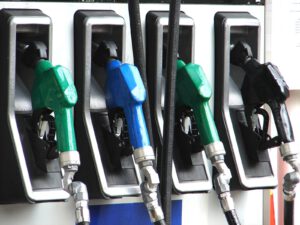 Green or renewable energy comes in different forms, including hydroelectricity, geothermal and biomass energy, hydrogen, and others. Some experts argue that renewable energy is not a viable alternative to fossil fuels because of factors such as demand and population growth. At the same time, estimates show that humankind will run out of nonrenewable sources over a period of 50 to 120 years. This means that the only way to meet increasing demand is to produce and use renewable energy sources in a more cost-effective way.

Sources of renewable energy include solar and wind power, biodiesel, ethanol, biogas and landfill gas, municipal waste, and wood waste and wood. What they share in common is that green sources regenerate. Water or hydro power is generated by marine current, osmotic energy, run-of-river hydro, and pump-storage technology. Other ways to produce hydro power include tidal power and wave power technology, small-scale hydro technology, and hydroelectric dams. Green fuels are produced by distilling and fermenting different crops, including wheat, barley, and corn. Propane, hydrogen, and electricity are also used to power cars. Other sources of green fuel include vegetable fuels made from olive, soy, and sunflower oil and ethanol which is produced from residues, switchgrass, maize, sugarcane, and other crops. Methane is also a green fuel that is produced through decomposition of sewage sludge and waste at landfill sites.

Renewable fuels, for example, offer many benefits, the main one being that they are cleaner and environmentally safe. Fuels that are produced through bacteriological decomposition help reduce waste. Obviously, the main benefit is the fact that they are renewable, i.e. cannot be depleted. This makes green energy inexhaustible. What is more, green energy helps reduce greenhouse gas emissions. Fossil fuel production, industrial plants, and human activity in general generate gases that cause rise in sea levels, draught, more frequent and powerful storms, and global warming. Fossil fuels also contribute to water and air pollution and serious health conditions such as cancer, heart attack, breathing problems, and others. Green energy, on the other hand, is cleaner and helps reduce environmental pollution. Another benefit is that green energy helps create jobs because it is more labor intensive. Hundreds and thousands of people are employed at different plants and facilities, including turbine and construction installation, manufacturing and solar installation, maintenance and operations, and many others.

Are Renewable Sources a Viable Alternative to Fossil Fuels?

One of the main problems is that green energy is more expensive to produce. The fact that production is more labor intensive means that it is more expensive to generate. The good news is that this is changing and some renewable sources have already become more affordable and competitive. Onshore wind is a good example. Large-scale green power projects such as the Severn Barrage also generate energy that is cost competitive. At the same time hydro power generated by run-of-river, tidal stream, and marine technology is still more expensive to produce. Another problem is that many facilities are found in remote locations which results in transmission losses. Some sources of green energy are uncertain, one example being solar power.

Funding is available under green infrastructure programs, the Energy Innovation Program, Clean Growth Program, Program of Energy Research and Development, and others. The Energy Innovation Program, for example, aims to promote stable and sustainable growth. Focus areas and goals of the program include better industrial efficiency, carbon capture, and reduction of greenhouse gas emissions. The Clean Growth Program offers funding for research and development and focuses on water waste reduction, use of bioproducts to generate green energy, and reduction of greenhouse gas emissions. The Program of Energy Research and Development is run by the federal government and offers financing to federal agencies and departments. The agencies and departments, on the other hand, offer funding to associations, companies, research bodies, and alliances and consortia.